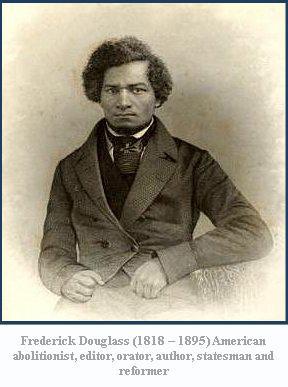 "He who would be no slave, must consent to have no slave. Those who deny freedom to others, deserve it not for themselves...."

These words spoken by Abraham Lincoln in 1859 reflect the intensity of conviction that divided the North and South and plunged the nation into bloody civil war only two years later. In the midst of war, Lincoln reminded Americans that the founding fathers "brought forth on this continent, a new nation, conceived in Liberty, and dedicated to the proposition that all men are created equal" (Gettysburg Address, November 19, 1863). The principles of human equality espoused in the Declaration of Independence in 1776 were lamentably incompatible with the institution of slavery that had existed from the time of the colonies and continued for two centuries until the defeat of the Confederacy in 1865.

It is much to be wished that slavery may be abolished. The honour of the States, as well as justice and humanity, in my opinion, loudly call upon them to emancipate these unhappy people. To contend for our own liberty, and to deny that blessing to others, involves an inconsistency not to be excused.

Though many founding fathers condemned slavery, there was no great movement to abolish it in the 1780s. In fact, slavery was the backbone of the primary industry of the South, and it was accepted as a given that agriculture in the South without slave labor was not possible. Millions of slaves served, suffered, and died so that America could prosper. In 1773 Patrick Henry wrote, "I believe a time will come when an opportunity will be offered to abolish this lamentable evil." The time did come in the 1830s when the abolition movement began and the American Anti-Slavery Society was founded, its foremost member, Frederick Douglass, stating "To those who have suffered in slavery I can say, I, too, have suffered. To those who have battled for liberty, brotherhood and citizenship I can say, I, too, have battled."

Frederick Augustus Washington Bailey (later Frederick Douglass) was born a slave in February 1818 on Holmes Hill Farm on Maryland's Eastern Shore. He was separated from his mother, Harriet Bailey, when he was an infant and was sent to live with his grandmother. He knew little of his father except that he was a white man. When Douglass was six years old, his owner, Aaron Anthony, sent him to live and work at the Wye House plantation owned by Edward Lloyd V, one of the wealthiest men in Maryland. When Anthony died, Douglass was given to Thomas and Lucretia Auld and was sent to live in Baltimore with Thomas' brother, Hugh Auld, who managed a ship building company.

Hugh Auld's wife, Sophia, was a religious woman who read aloud from the Bible. She broke the law by teaching Douglass some letters of the alphabet and how to read a few simple words. When Hugh discovered this, he disapproved saying that if a slave learned to read, he would no longer obey his master without question or thought. Douglass later remembered this as the first anti-abolitionist speech he had ever heard. He was convinced that learning to read and write would be his pathway to freedom. As he learned, he began to read newspapers with essays on liberty and democracy that led him to question and then detest the institution of slavery.

In 1833, Douglass was sent to work as a field hand at Thomas Auld's new farm in Saint Michaels, Maryland. Thomas found Douglass especially difficult to control and sent him to work for Edward Covey, a poor farmer who had a reputation as a "slave-breaker." Douglass was whipped daily until he felt "broken in body, soul, and spirit," but he found the strength to rebel and he would later say "Men are whipped oftenest who are whipped easiest." From there Douglass was sent to work for William Freeland and then back to Hugh Auld in Baltimore where he worked in the shipyard. In his free time, Douglass met with a group of educated free blacks from whom he learned debating skills. During this time, Douglass met and became engaged to Anna Murray, a free black woman. He also developed a plan to escape to the north.

On September 3, 1838, Douglass boarded a train to Havre de Grace, Maryland, dressed in a sailor's uniform and carrying identification papers provided by a free black seaman. He later described the moment the conductor came to inspect his "free papers" as one of the most anxious he had ever experienced. His identity was not exposed, however, and he successfully made his way to New York where he sent for his fiancee. The two were married on September 15, 1838. They soon settled in New Bedford, Massachusetts where Frederick worked as a laborer and Anna worked as a household servant and laundress.

While in New Bedford, Douglass continued his reading and became involved in the abolitionist movement. He regularly attended lectures of the American Anti-Slavery Society led by William Lloyd Garrison, the outspoken editor of the newspaper Liberator. In 1841, Garrison invited Douglass to speak at the Massachusetts Anti-Slavery Society's annual convention in Nantucket. Though he was trembling with nervousness, he delivered an eloquent and moving speech about his life as a slave. This experience was to launch a career that would continue throughout his life.

In the remaining years of Douglass' long life, he would become a leading spokesperson for the abolition of slavery and for racial equality, the publisher of a series of newspapers, an advisor to Presidents Abraham Lincoln and Ulysses S. Grant, a United States marshal, consul-general to the Republic of Haiti, and best-selling author of Narrative of the Life of Frederick Douglass, an American Slave. His unwavering desire for freedom for himself and all human beings gave him a courage and steadfastness of purpose that allowed him to overcome the brutal degradation of slavery and greatly aid his nation in overcoming the evils of that institution.